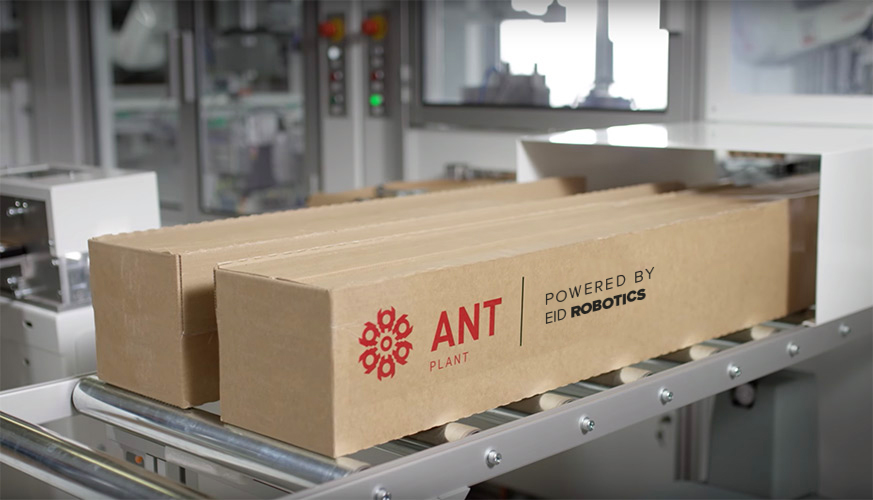 It is with great interest that I’ve been following the reforms being implemented in the US for reshoring manufacturing. Many positive steps have been taken, although we probably won’t see the overall results until sometime in the near future. With the tax change, implemented as the latest significant reform, domestic manufacturing is now more profitable and cost-efficient than ever before.

The reform allows for investments to be written off in taxes for the same year. This makes it possible to generate significantly better profits from business activities after the first year of operation.

From a total cost of ownership (TCO) perspective, it makes more sense to manufacture commodities for the market locally in automated microfactories than manually in countries with cheap labor.

With that in mind, our ANT Plant manufacturing concept is a brilliant solution for manufacturing LED lights domestically, efficiently near the end users.

By bringing manufacturing back to your home country you’ll also support local employment, as even an automated production line requires people to operate. You can read more about this topic in my previous blog entry where I write: “How can robots take our manufacturing jobs if those jobs aren’t in our country?” The sooner you make the investment decision, the sooner you’ll get to enjoy the profits from your investment.

The tax reform is great news for the manufacturing industry

In December, the US Senate and House of Representatives approved President Trump’s historic tax reform, the goal of which is to boost economic growth and create jobs. The reform creates a strong incentive for investments and encourages reshoring manufacturing from countries with cheap labor, bringing it close to the consumers. The tax reform involves a model that is different from before, in that it allows companies to deduct investments immediately from their taxes for the same year. This encourages both domestic and foreign companies to invest in the US. The manufacturing industry welcomes the long-awaited tax reform with open arms.

The reform speeds up automation and robotization in the manufacturing industry, which is a step toward the next manufacturing revolution in which robots and automation enable companies to improve their competitiveness and people’s well-being as robots take care of repetitive, boring and dangerous jobs for people. Automation changes the kind of skill set that workers are required to have, but it doesn’t take jobs away.

Be involved in creating a new era of advanced manufacturing

Thanks to its modular structure, the ANT Plant microfactory has a short lead time. Additionally, the factory is built and commissioned in the client’s premises within a week, enabling you to get your production running soon after the investment decision. In the following years you’ll get to collect the profits from the automatic ANT Plant microfactory, as depreciations won’t have to be stretched over several years.

By investing in a fully automated turnkey ANT Plant microfactory, you can be involved in creating a new era of advanced manufacturing – you’ll operate locally near the consumers, have the flexibility to adjust to demand, utilize the latest technology for the common good and increase your profitability in a sustainable manner.

The ANT Plant is not just a manufacturing plant, however.

It’s a new kind of manufacturing concept that also makes it easy for you to manufacture LED lights domestically.

Say YES to local LED light manufacturing, make the investment decision this year and take advantage of the possibilities of the new tax reform.